John Lackey has 'a problem' with A-Rod playing during appeal

A Yankees-Red Sox series usually doesn't need any sub-plots to ramp up the drama but — with all of controversy surrounding Alex Rodriguez's doping charges and his subsequent suspension and appeal — one player just couldn't ignore spouting off about A-Rod's visit to Fenway Park this weekend.

Interestingly enough, Lackey is scheduled to start Saturday’s game against A-Rod and the Yankees in Boston.

“I’ve got a problem with it. You bet I do,” Lackey told the Boston Globe on Thursday. “How is he still playing? He obviously did something and he’s playing. I’m not sure that’s right. … It’s pretty evident he’s been doing stuff for a lot of years I’ve been facing him.” 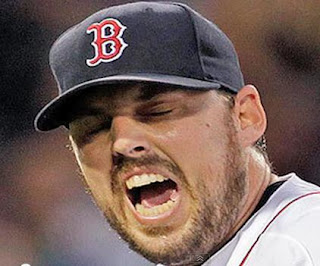 While 13 other players accepted lesser bans, Rodriguez is appealing his 211-game suspension. Tampa Bay Rays third baseman Evan Longoria has also voiced his displeasure with A-Rod being on the field during baseball’s playoff push.

Lackey admitted it’s been discussed in the Red Sox clubhouse, adding that some people have “strong feelings” on the topic.

“Sure, we talk about it,” Lackey said. “But talking to the media about it is a little bit different.”

Lackey’s comments should make an important three-game series at Fenway just a little more spectacular— as if it needed any more help. 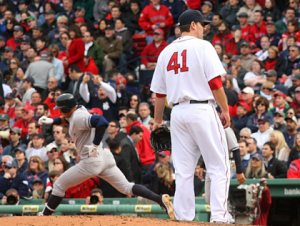 “He took me deep the first time I faced him as a rookie, and he admitted to doing stuff back then,” said Lackey, referring A-Rod’s prior admission to using PEDs while playing for the Texas Rangers from 2001-03. “There are a lot of things I want back from him.”

New York is 8.5 games behind first-place Boston in the AL East and six games in the wild card race.
Posted by The Other Paper at 10:47 AM