China's Scooter Culture is Changing the Environment in Many Ways

Article and Photos by Tony Mangia

The first thing visitors probably notice on the city streets of China is the vast number of mopeds and scooters flying down the streets. Not surprising since almost an estimated 200 million of them are buzzing through the traffic-clogged roadways everyday.

With the prices of cars too high and the hoards of bicycle riders declining rapidly, there is now an explosion of electric bikes and scooters spreading around China — with another 150 million more of them expected to be rolling by 2018. Even those who can afford automobiles are trading the four-wheelers in for the e-bikes to make zipping around traffic less of a chore.

So when tourists aren’t dodging the Frogger-like obstacle course on the congested streets and sidewalks, they might actually take the time to do a little scooter-watching.

And the two-wheeled trend is cool  — without trying too hard to be. 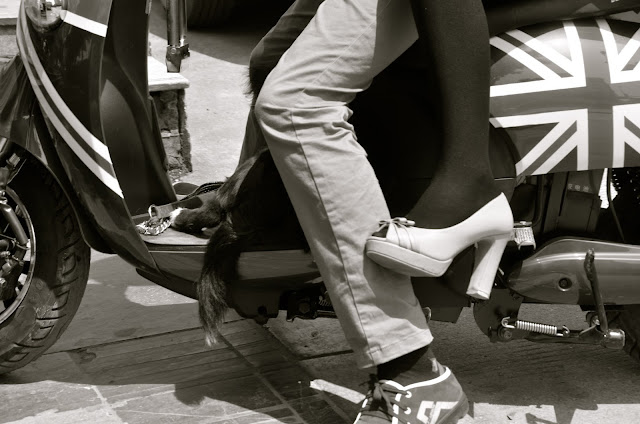 Whether on the 10-lane wide stretches of Beijing or dirt paths outside Yangshuo, the electric scooter culture — which really kicked off right before the 2008 Olympics — of China is widespread and growing. The 500 watt motors usually top out at around 40km/h — about the same pep as a 50cc gas engine — but without the noise or harmful emissions.

The similar factory designs give the e-bikes a sameness that screams for some personal flair. So the scooters are often tricked out with special decals, an upgraded paint job or even a little gold glitter to give the owner a special identity. Call it the Mods meeting Mao. But in the end, mostly, the two-wheelers have one main function — to get the riders around. 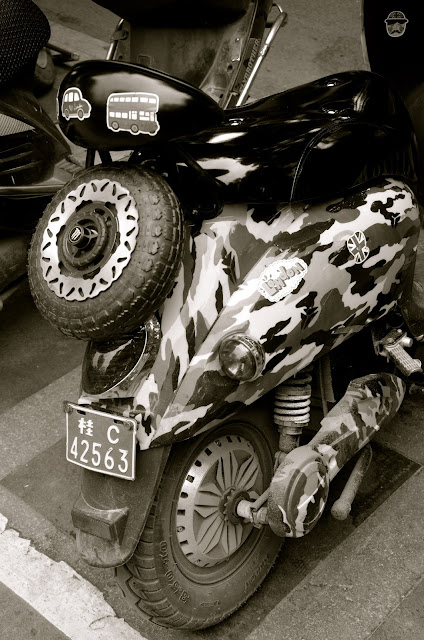 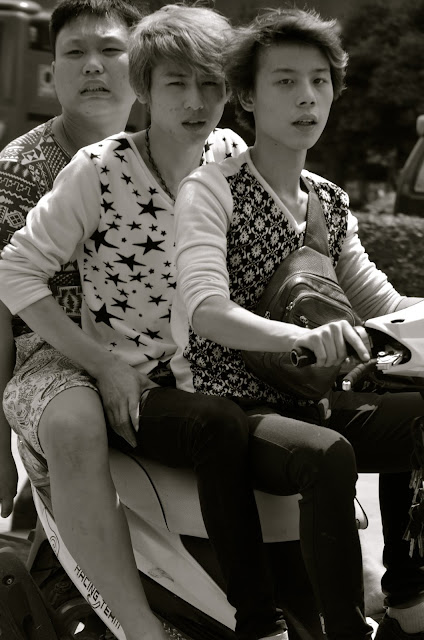 Even the wet weather isn’t a factor as hordes of riders find an array of ingenious ways to stay dry and scoot along. Apparently there’s no storm a colorful poncho, plastic shield or well placed umbrella can’t handle. 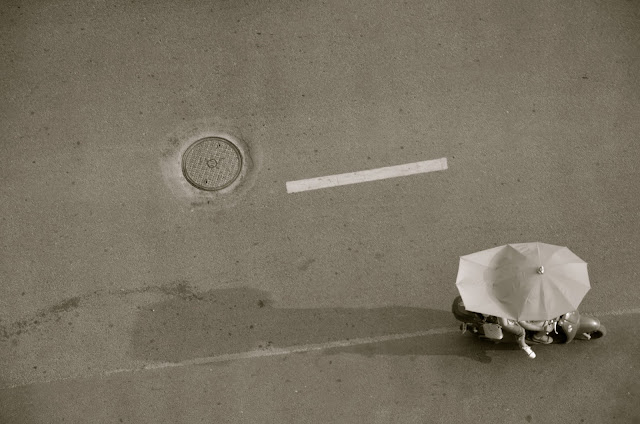 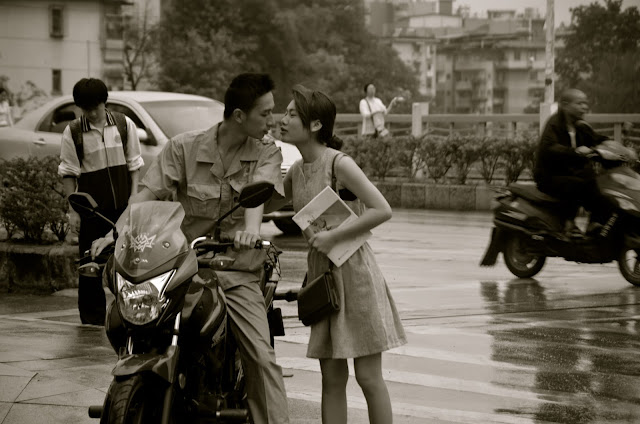 And sometimes a little hint of innovative fashion sticks out from underneath all the scooter monotony. 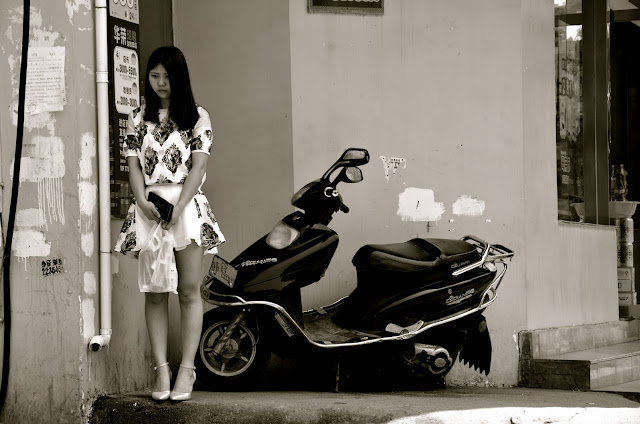 Young women who color-coordinate their outfits with their bikes ride alongside weary workmen hauling everything from pigs heads to air conditioners and everything in between. While customized surgeon masks (for the smog) outnumber helmets (there are no headgear laws) — sunglasses, face shields and fancy hats are all part of the e-bike style. 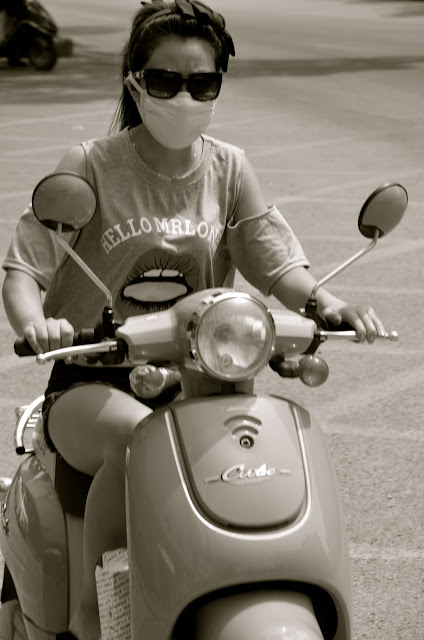 Moms stand their kids on the floorboards for their morning lift to school. Girls in miniskirts ride sidesaddle, head slumped over their boyfriends’ shoulders and it’s not uncommon to see a family of five lined up on a single seat of a scooter flying down the bike lane. 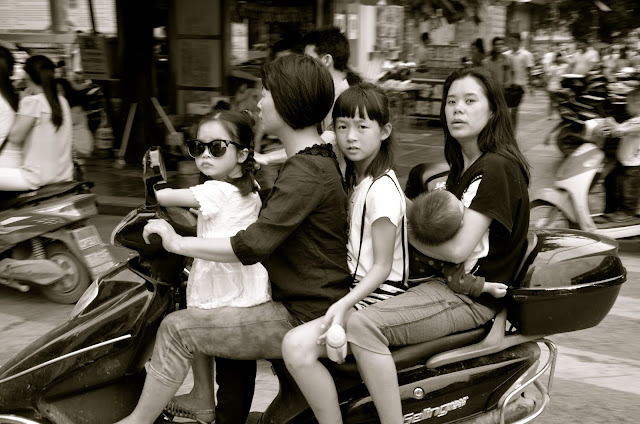 That’s not to say the scooter explosion in China is not without its critics. Many claim the swarms of scooters and mopeds crowd the streets, disrupt traffic and cut off cars and traditional bicyclists. They say the 30km/h speed limit does little to prevent the two-wheeled menaces from causing additional accidents and nudging pedestrians from the crosswalks and sidewalks into the paths of incoming traffic. 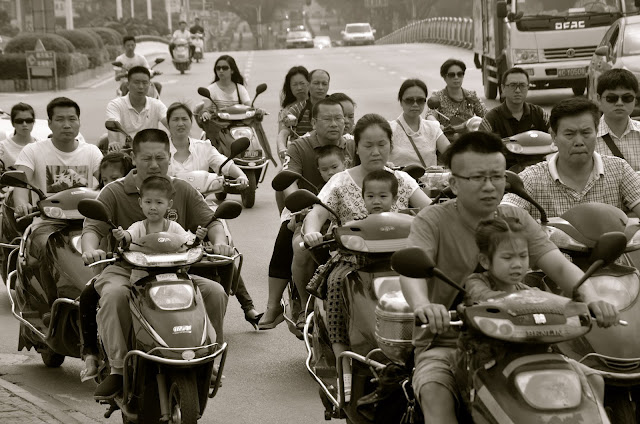 Beijing actually banned the e-bikes in 2002, only to change their minds in 2006. The Chinese government threatened new regulations in 2009 to curb the influx of e-bikes on the streets — rules that would have made them the legal equivalent of a motorcycle, only to reverse their decision in 2010.

There are also environmental concerns surrounding the electric bike phenomenon. While the e-bike doesn’t emit greenhouse gases, it takes electric charges from power plants that do. And the recycling and disposal of the millions of used batteries is leaving a giant ecological footprint. The lead-acid battery production has been increasing by double-digit percentages and, in part to meet demand for e-bikes, China is manufacturing nearly 50 million of them each year. And that is one big foot.
All of those eco repercussions mean mostly nothing to the Chinese consumer since it takes only about 1 yuan (15 U.S. cents) to charge an electric bike’s battery for the whole day. And when one-way city bus fare costs more, it looks like the e-bike has the common man’s vote. 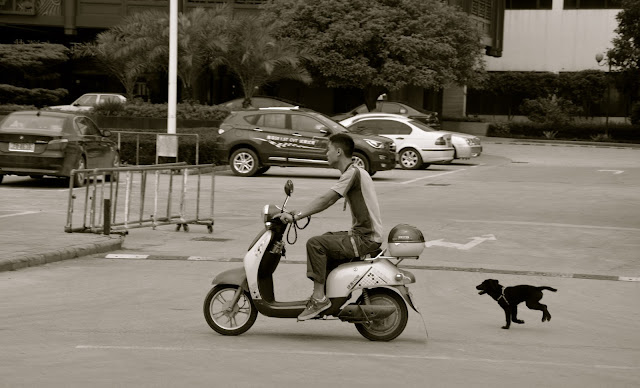 So if you make it to China and the thought of actually straddling an e-bike (you’ll need a license) and jostling handlebars with the locals isn’t your cup of tea, grab a Snow beer and sit back. Watching the scooters and their riders is a fun way of getting to see a way of life in China. 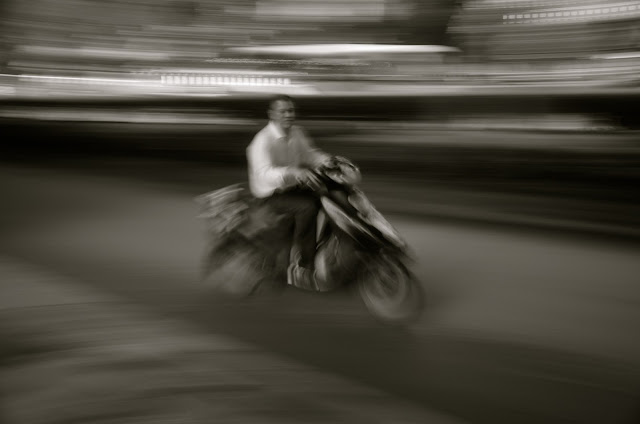 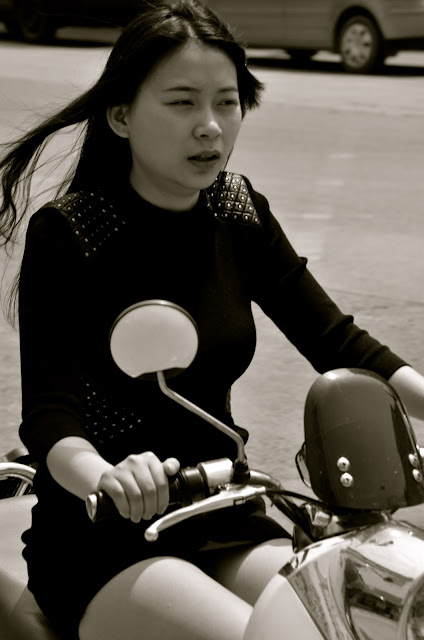 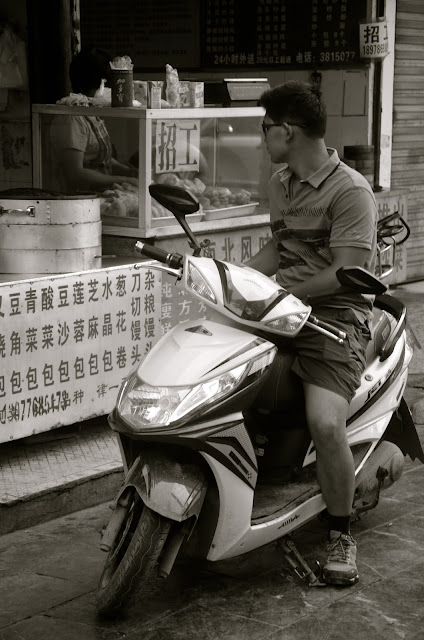 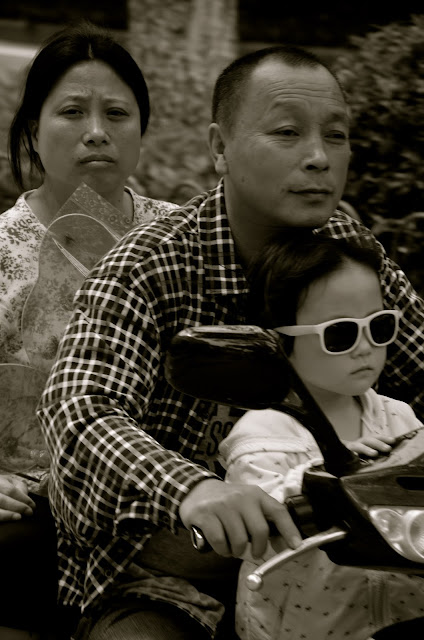 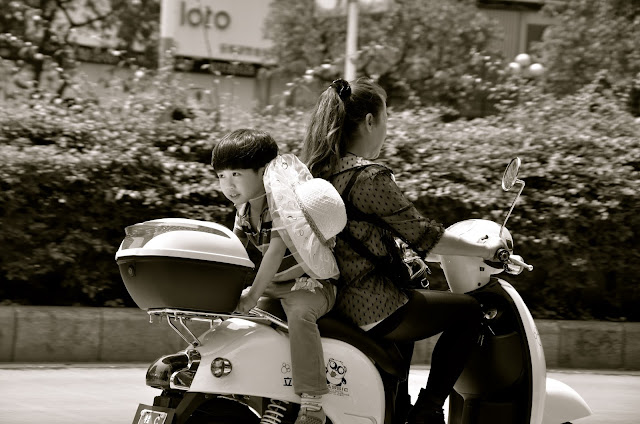 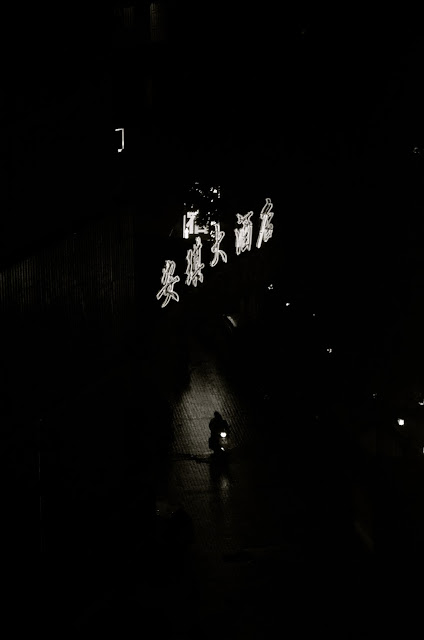